How Do You You Interact with Patients?

HG Media has been engaged by Rafael Sharon, Modern Psychoanalyst in Princeton NJ to produce a series of FAQ Videos for use on his Video Website, as well as his YouTube Channel. These videos are a great example of how we can use a simple, straight forward production approach to create engaging and effective connections with your viewers.

A term from modern psychoanalysis is “follow the contact.” If a patient is here and talking to me and they’re not contacting me, I let them talk. I don’t want to interfere. Every time I say something it alters their thinking process, so I’m very careful about what I say and when I say it. Some patients need a lot of feedback. I give them the feedback. I don’t believe in overly frustrating the patient. Some patients want to just talk, but if they contact me I respond.

Even if they don’t contact me, after a certain amount of time I may contact them just to make sure everything is okay. The other thing you watch is the stimulation level. If somebody is getting overstimulated by what they’re talking about, I may ask what’s called an “object-oriented” question: Something outside of the ego, “Hey, what did you have for breakfast?” It takes them away from the trauma that may be overwhelming them at the moment, sort of pull them back.

One of my favorite techniques is joining and mirroring. A great example of joining is what happened with my wife and my son. This is a true story. My son, who’s now 15, he was 11, 12, and he says, “Dad, you’re such a jerk.” I go, “Absolutely, I can be a real jerk.” Now what is he going to say? He goes and tells his mother, “Mom, you’re a real jerk.” She says, “No, I’m not.” They fight for three hours. Who’s the smarter parent? The one who joined the feeling. Let him have his feeling. Why tell him he’s wrong? Of course I can be a jerk, I’m human. People feel understood when you join them, so it really is a helpful technique. When somebody comes in … and you can’t bullshit somebody, you have to believe it … but if somebody has a bad feeling and I think they are right, I’ll tell them, “That does suck.” They feel understood when you join them. 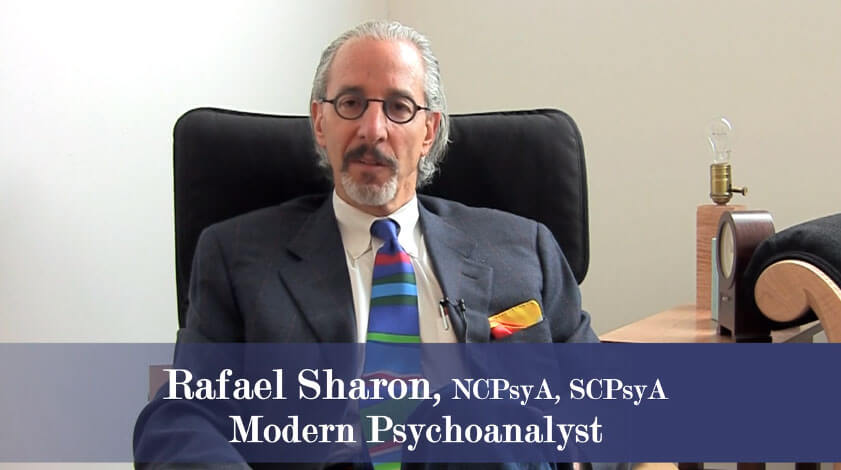